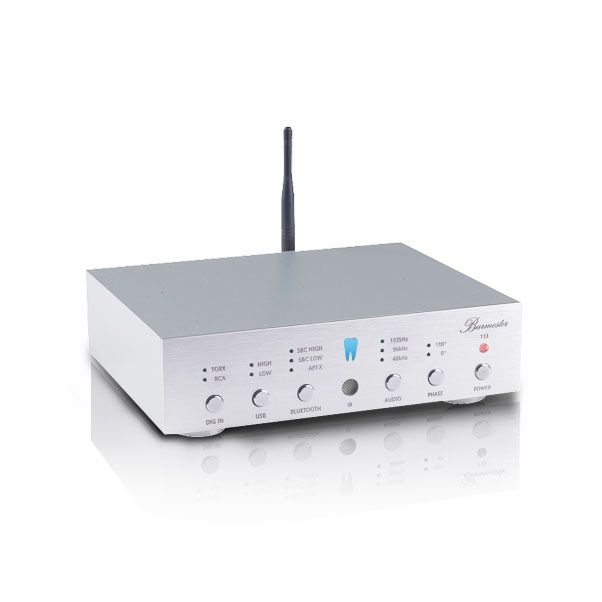 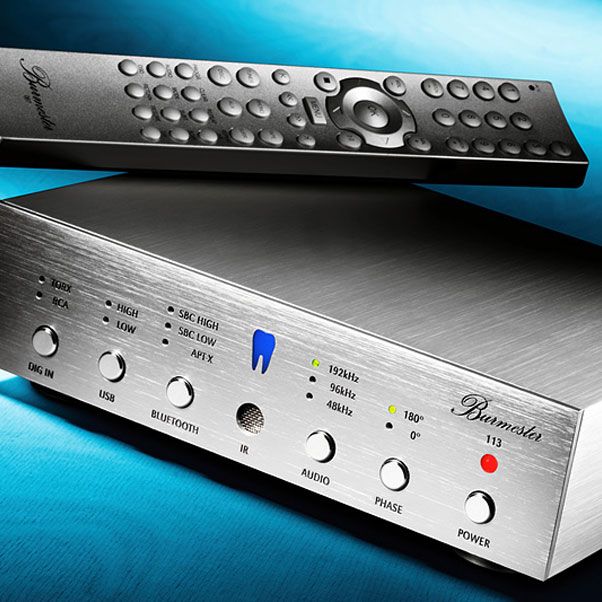 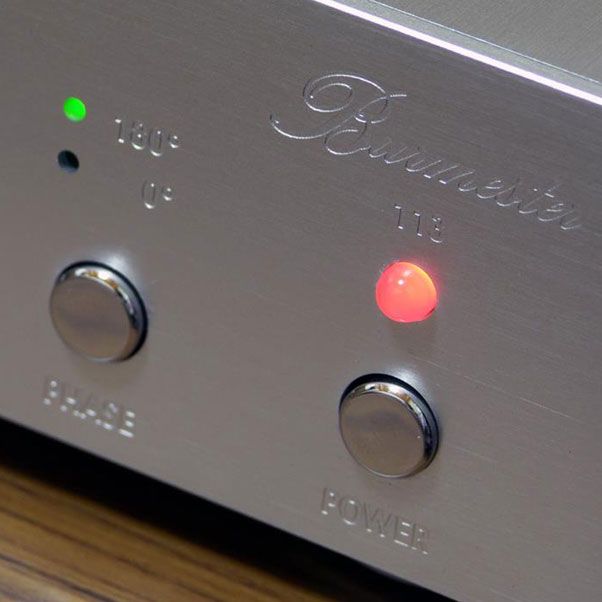 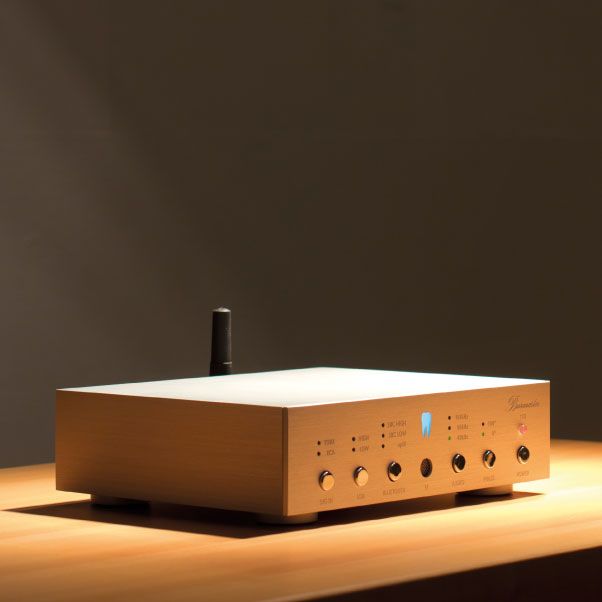 The 113 DAC converter was developed at the same time as the MMI module for the 069, 089 and 061 CD player models. It has two digital input ports, two analog output ports, a USB input port (Class2Audio) and a Bluetooth input port, which in addition to the normal SBC code also supports the aptX code in order to extract the maximum of sound quality from the restricted Bluetooth transmission waveband.

The sophisticated analog output circuits obtain their signal from the latest kind of converter section. With its freely adjustable sampling frequency (48 kHz, 96kHz and 192kHz), it ensures that the sound has a finely chiseled and musical quality.

»The converter is great. It sounds absolutely Burmester-like, rich and as clear as crystal, and includes USB and Bluetooth connections that could hardly, at present, be better implemented.« einsnull

In addition to the superiority of the sound attained in the area of DA conversion for external devices such as set-top boxes, Blu-ray players or SAT receivers, the 113 DAC facilitates the wireless integration into an existing setup of all devices such as laptop, iPhone or Blackberry that have an A2DP profile.

Here the 113 functions as a Bluetooth receiver. It goes without saying that it is also possible to link a computer to the 113 DAC via the existing USB connection. The USB connection facilitates the loss-free transmission of uncompressed data and leads to the very best results in terms of sound.