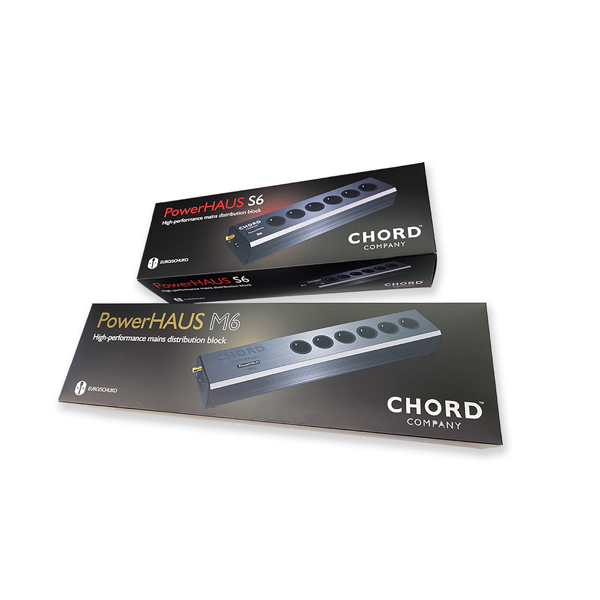 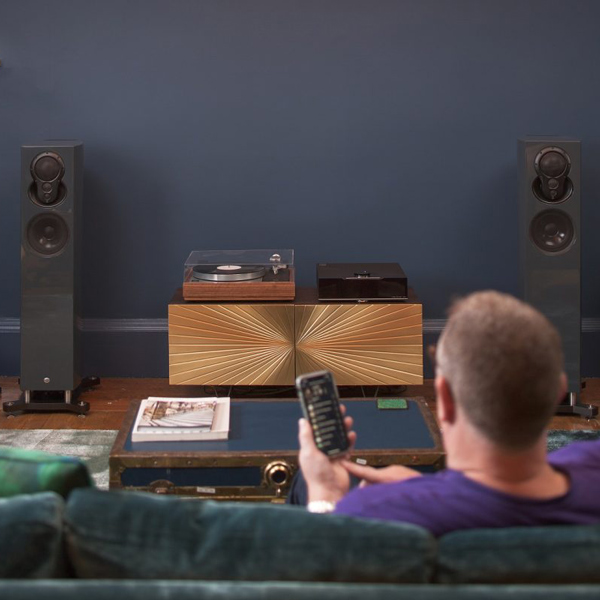 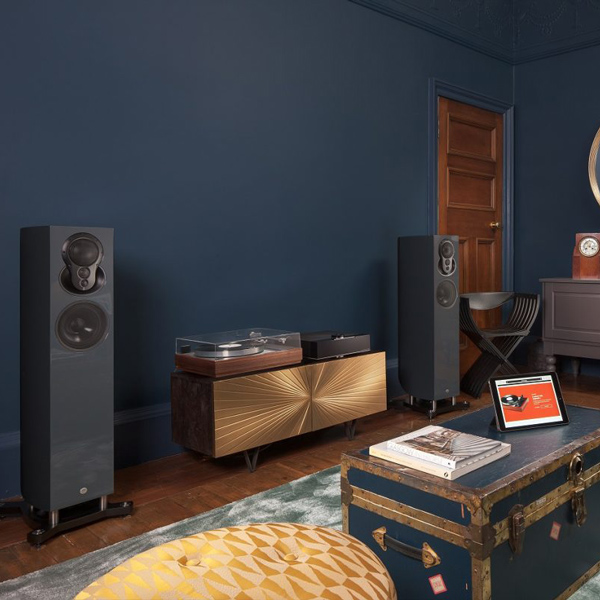 “In terms of existing set-up, my CD555 is connected to the mains via a WireWorld Matrix 2 six-way block with a Naim Powerline connecting the WireWorld to the mains. When I previously set up the WireWorld I methodically worked through the best position for each of the respective plugs as there seemed to be differences in presentation depending on position. I decided life was too short to go through all of that again so assumed that my preferred order would work equally well on the Powerhaus. The order I’d previously landed on (starting from the mains-entry end) was: 552PS; then 555PS analogue; then a space; then 500PS, then a space; then 555PS digital.

For info all my other gear (Rega P6 power supply, phono stage, 2x i-Supply) are handled separately through a Russ Andrews Silencer block.

Given that my WireWorld/Naim combo costs £800, my assumption was that the Chord Powerhaus (even with the standard mains lead) would offer a bit more given the respective price tags and that was obvious straight from the off. Much better bottom end with the bass being tighter, deeper and more controlled sounding than before. The music, as a result, had significantly more power and weight. At the same time, more subtleties and nuances from my standard demo CDs were evident (I assume an effect from the GroundARAYs contained in the Powerhaus effectively lowering the noise floor) which all contributed to a much greater sense of clarity, detail and depth. The soundstage appeared wider, with greater separation/air around individual elements of the music while at the same time coalescing everything into a wonderfully coherent musical whole. The key words I kept coming back to were power and control. Overall the system just seemed to be much more musical and (dare I say it) more analogue sounding than I’ve heard it before. It’s not often that I use Mahler’s 2nd Symphony to demo a piece of hi-fi (all 1 hour and 25 minutes of it!!!) but the musical presentation was so compellingly outstanding that I had to continue listening from start to finish!

Phew, after that some light relief was required so Mark E.Smith snarled his way through “Dragnet” to complete my initial listening. As you know, that’s my ultimate test for any hi-fi upgrade (it has to be about the music not the hi-fi) and the Powerhaus passed the test superbly.

My starting point was that I expected the Chord to offer a bit more than my existing combo but in reality it offered a heck of a lot more in terms of musical enjoyment. At times I had to remind myself that this was not a Naim black box upgrade, it was simply a powerstrip change. Who’d have thought…..”