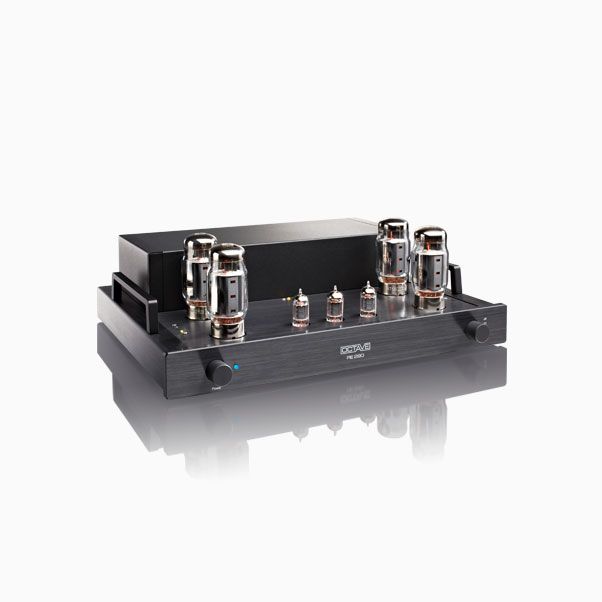 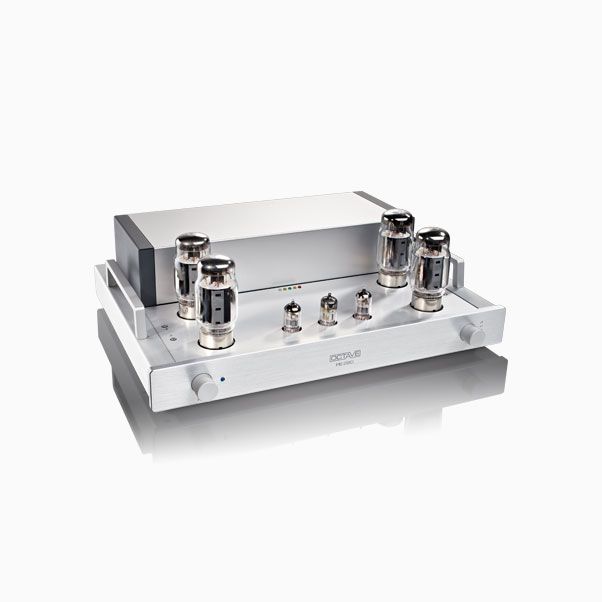 The RE 290 stereo amplifier is a sophisticate. Its particularly graceful manner of reproducing the mid- and high-frequencies distinguishes it from all other amplifiers: Crystal clear and detailed, captivating and emotive, dynamic and impulsive, it manages to stretch a perfectly harmonious arc that emits an enthralling musical brilliance. Performing without peaks and absent of distortion, it can naturally recreates the beauty within any recording to bring out pure musical enjoyment.Technically, the RE 290 is based on the powerful and reliable RE 280 MKII predecessor, while benefiting from new and ongoing developments in the Octave amplifier range, including:Ecomode, XLR balanced inputs and the Output Power Selector facility.Similar to the Octave integrated amplifiers, the RE 290 has been equipped with the „Ecomode“ function, a power saving mode which switches off the amplifier during periods when no musical signal is present. This protects the tubes, reduces power consumption, and also serves to increase the safety level during periods of non-use.Borrowing from the technology of its larger sibling MRE 130 monobloc amplifiers, the RE 290 offers true balanced inputs to ensure the optimal signal connection in any system configuration.The most innovative technical feature of the RE 290 is the ability to switch the output power depending on the type of tube.This selectable power switch is unique and allows for fine tuning the sound beyond traditional means: The settings are optimized for both the use of the more powerful, new KT 120 as well as for the traditional KT 88 or 6550 C type tubes.Each tube type has its own tailored circuit, optimized for the respective tubes not only in terms of performance but also in terms of their sonic potential within optimal working conditions. A switch on the back of the unit allows for easy selection from one to the other power level (70 or 100 Watt).