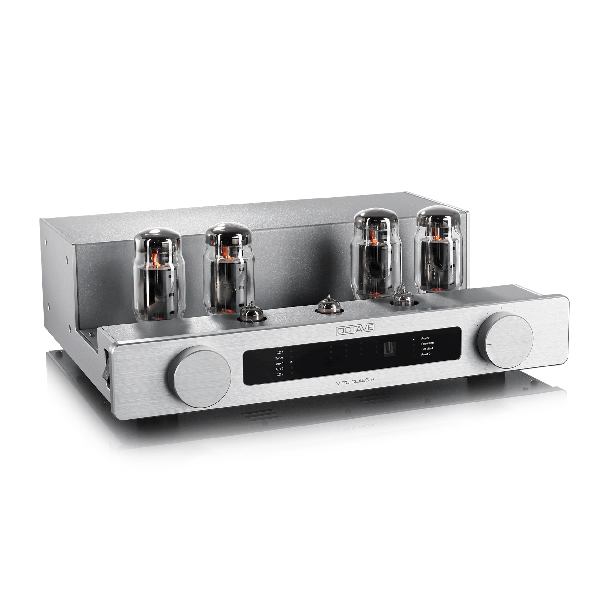 Class-A. A circuit concept that has bewitching midrange in both push-pull and single-ended amplifiers due to the low distortion. But unfortunately it is paired with low power, dynamics and excessive heating of the amplifier. Features that do not match the product profile of our popular integrated amplifiers 100%. It was therefore important to develop a concept that would bring the undisputed tonal advantages of this principle to life.

In short, a “Class A concept” technically means a higher quiescent current setting and therefore less distortion (almost only second-order harmonics, referred to as k2), but also a limited full modulation with less power. Push-pull concepts, on the other hand, can deliver 4-16 times the output power compared to Class-A, but lack with inharmonic distortions (i.e. odd harmonics k3 and k5). Two soundscapes with followers on both sides. Of course, Andreas Hofmann was tempted to combine both concepts into something new.

After extensive development, a new amplifier concept was created:
The V 70 Class A, a Class A push-pull amplifier in a pentode circuit.

For this, a new Class A technology had to be developed:

Dynamic Bias Control means that Andreas Hofmann has found ways to dynamically shift the limited dynamic range, and thus the limited power of the Class A concept, according to the requirements. The development of the dynamic operating point setting enabled a self-regulating Class A amplifier with approximately twice the output power of 50 W RMS with up to 70 W (with Super Black Box) peak power.

This technology combines the tonal purity of Class A with the dynamics and performance of push-pull A / B technology.

The modern concept of a Class-A push-pull amplifier in a pentode circuit makes it possible to guarantee the Class-A virtues over the entire frequency response up to maximum modulation. The enormous power, with up to 70 watts peak power, is significantly above the performance level of conventional Class A amplifiers and is more than sufficient for most speakers.

The integrated amplifier is equipped with a balanced input as standard. If a turntable is connected, the optional phono board (either MC or MM) offers the right solution.

In the case of the V 70 Class A, an auto-bias circuit is used. The amplifier adjusts itself to the tube used and does not require any adjustment controls. The proven BIAS measurement with the colored LEDs is still available, however, only to check that the four output tubes are working properly.

Similar to the other top models from Octave, the V 70 Class A also has the power preselection, Power High and Low, so that the device can be optimally adapted to different power tubes. Due to the high power in Class A operation, a KT 120 or KT 150 tube must be used for Power High. Less powerful KT88 or 6550 types should be operated at Power Low. Around 15 W Class A and 25 W music power are still available.

Octave typical measures, such as the power management with electronic monitoring are integrated as well as the ECO mode, the modern home theater bypass circuit and the useful regulated preamp output (for direct connection of a subwoofer).

Our special power supply technology protects the amplifier against various types of mains interference. Mains fluctuations and high-frequency mains disturbances do not cause any sonic deterioration.

With the V 70 Class A we have the line of the legendary powerful Octave integrated amplifiers extended by a highly musical Class A concept.