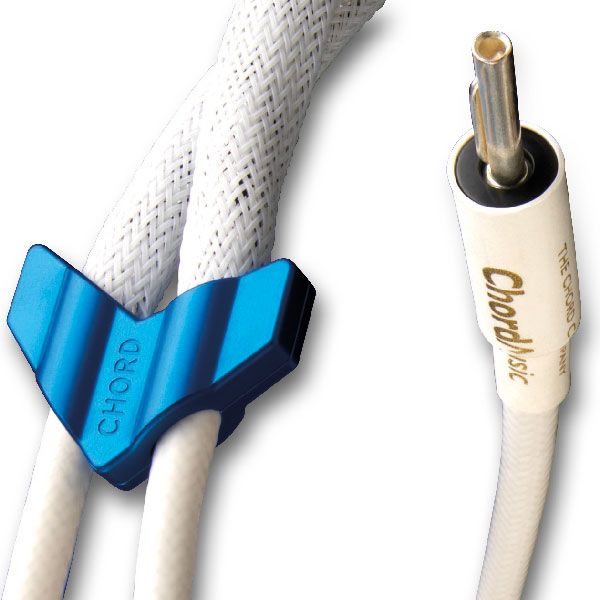 The ChordMusic is our latest and most revelatory product. The distillation of over 30 years of designing cables. With ChordMusic we have produced something which can only be described as a whole new landscape in listening to music.

ChordMusic has been developed using an entirely new insulation material we have called Taylon®. When our Taylon® design samples first arrived, we made our prototype cable with the same Super ARAY conductor configuration that we were using on the Sarum, together with the same plugs, components and construction. The performance from that first cable was astoundingly good and it left everyone who heard it almost speechless. Taylon® is phase stable and that stability, combined with our unique Super ARAY geometry, means we can take cable performance to a completely new level.

The problem we have is describing what ChordMusic does. Yes, it uses the same conductor configuration as the Sarum Super ARAY. Yes, the RCA version uses the same precision machined PTFE RCA plug surrounds. Yes, we have added three layers of mechanical noise reduction and interference reducing covers. Frankly, the cable is so transparent that the smallest changes are frighteningly easy to hear. It just sounds like music...

There is a phenomenal amount of detail revealed, even from recordings you thought you knew intimately. This isn’t listening to a system, it isn’t listening to an album – it’s more like watching a performance, or being there while the song was recorded. It is quite, quite extraordinary. Where Sarum Tuned ARAY and then Super ARAY opened the window wide onto the performance, ChordMusic kicks the door down and lets you wander into an extraordinary musical landscape. Words won’t necessarily do it justice. Listening will.

ChordMusic is the first speaker cable to be fitted with Tuned ARAY conductor geometry and like the interconnects, it has a high degree of clarity and transparency, making it possible to hear the extra coherence and detail that the Tuned ARAY geometry brings.

ChordMusic speaker cable is available in pre-terminated lengths, from 1.5m

Custom lengths and custom terminations are available to order