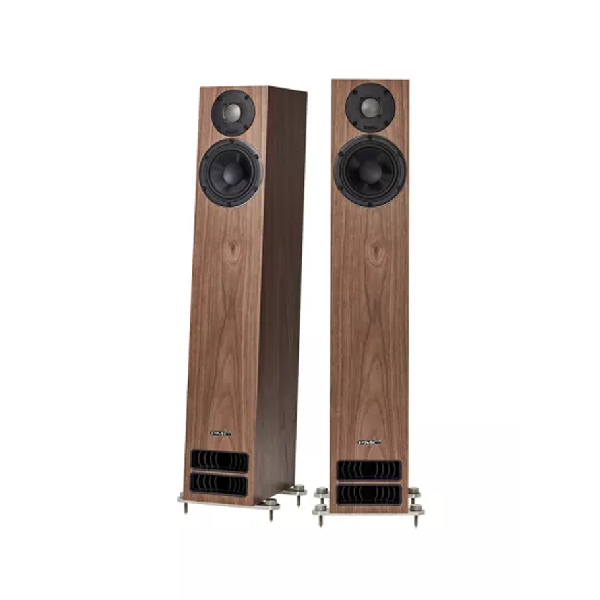 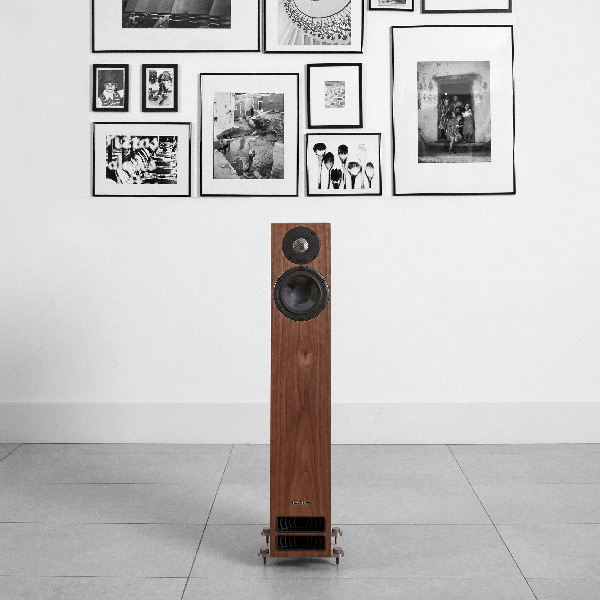 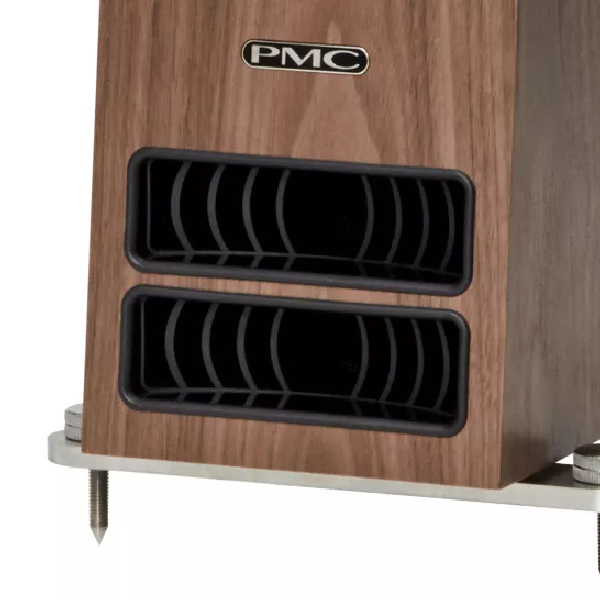 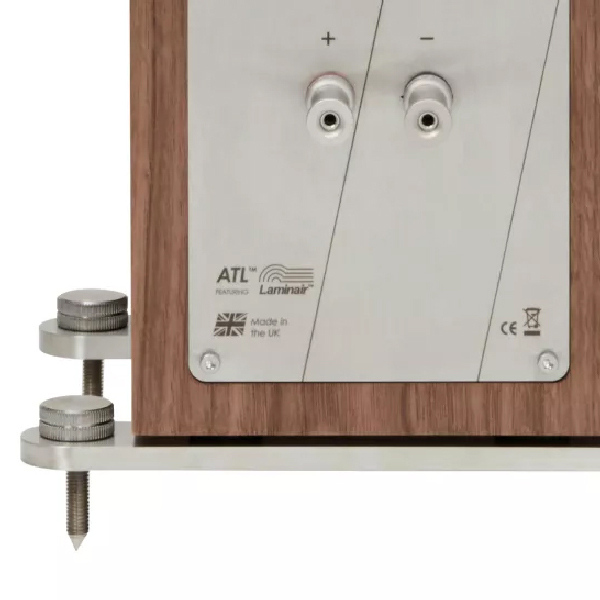 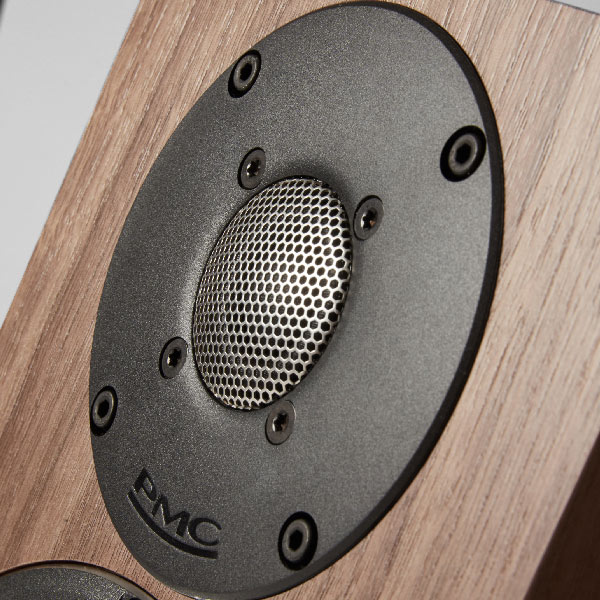 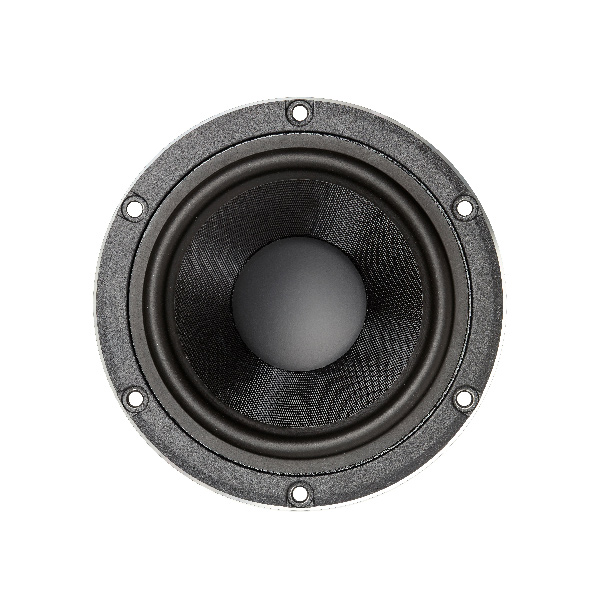 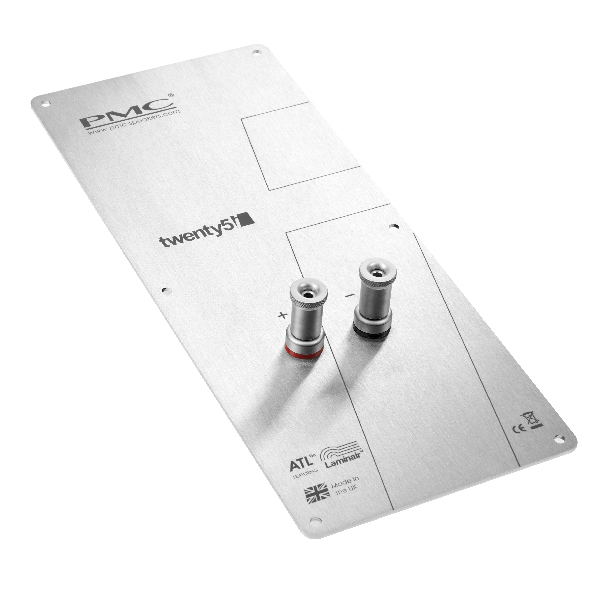 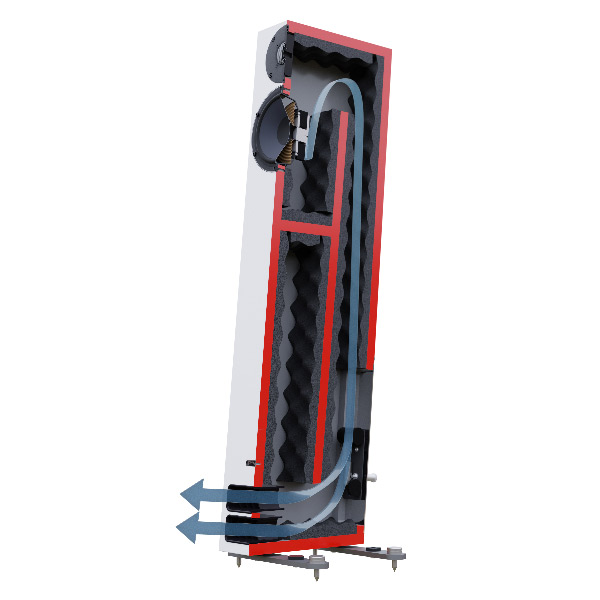 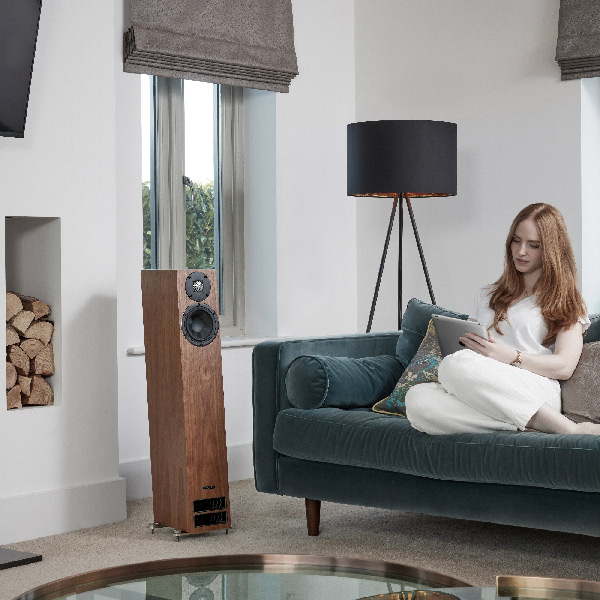 Those outside the audio-nerd sphere may well have never heard of British speaker company PMC. It started out 30 years ago producing professional monitors for studios (that’s where the PM comes from) and although the company can’t match the longevity of, say, KEF or Bowers & Wilkins, a wander through its website reveals an extraordinary range of achievements in studios all around the world. This illustrates the point that PMC’s speakers for the home are just the tip of a sizeable iceberg.

It’s also reassuring to realise you are entering a world of audio authority. Since PMC is trusted by those who make and mix our daily musical supper, it’s a fair bet to say that they are more than capable of transferring their knowledge to speakers that sound pretty damn good in our homes. We’ve been hearing a lot about trickle down recently, but with the twenty5i range it is a demonstrable fact, thanks to engineering benefits lifted from the £60,000+ flagship Fact Fenestria speakers to improve performance and reduce sound-detracting vibrations within the cabinets.

A couple of years back, PMC re-engineered its popular twenty5 range and boosted its performance by upgrading the crossover and the tweeter – signified by adding an ‘i’ to the name.

This was Sound Advice’s first outing with PMC, so we went for one of the most popular models in the twenty5i range – the compact, two-way, 23i floor-stander. It’s fair to say that given our enthusiasm for the performance, chances are we’ll be back for more pretty soon.

Out of the box, there is little to be done to make ready the twenty5 23i except attach the two sturdy metal plinth bars that hold the four metal support spikes – these are suitably distanced and damped with rubber spacers to prevent unwanted vibrations. And there’s a thoughtful touch – small metal discs are provided for the spikes to sit in should you have a delicate wooden floor. There is a safety aspect to the metal plinths as well – given the slim cabinet dimensions (907mm x 162mm x 330mm) they spread the footprint to greatly increase stability should roaming animals or small children be on the loose in your listening room.

As for the cabinets themselves, by no stretch of the imagination would you call the looks conservative. For starters, they don’t even stand vertical as most floor-standers do, instead the twenty5.23i slopes backwards. The reason for this, as Oliver Thomas, PMC’s audio engineer explains, is not so much about aesthetics as simple geometry: “The voice coil of the tweeter usually sits slightly forward of the low frequency driver and this means the sound from the two drivers reaches you at slightly different times – not desirable in terms of audio quality. Sloping the cabinet by five degrees pushes the tweeter back, so the sound from both drivers hits your ears at exactly the same time – natural geometric time alignment.”

The 19mm tweeter, upgraded from the previous twenty5 model, sits within a sizeable glass fibre surround, although you can’t see the high frequency driver because it is hidden by a perforated grille. This arrangement certainly looks the part, but neither the surround nor the grille is designed for aesthetics, both are there to allow wide dispersion of the sound – a PMC characteristic.

Although you only get two drivers, which may be considered a little parsimonious for a speaker costing skywards of £4000, rest assured there is a great deal more going on inside the cabinets than meets the eye.

PMC has developed a nifty and unique bass extension technology – Advanced Transmission Line (ATL) – to add some oomph from what is a relatively small enclosure. This is much more than just a ‘feature’ that ticks a box, it delivers on its promise.

In effect, ATL technology takes energy generated by the bass unit and directs it through a series of heavily braced, lined channels that absorb all but the lowest frequencies. You see none of this, apart from the exit points at the base of the cabinet. These two unobtrusive slots have sculptured fins that direct a remarkably precise low end that you would expect to have been generated by a much bigger speaker.

Oliver Thomas explains this in more detail: “We’ve done a lot of design work, a lot of geometry, and work on the materials inside the box. This cleans up the mid-range because we re-radiate the energy away from that low frequency drive unit so it’s carefully absorbed and not reflected around in the box causing upper bass and mid-range distortion.”

SOUND QUALITY
PMC recommends 50 hours of running-in to really bring the speakers to life. Straight from the box, they seemed a little bright and forward in the upper registers with the mid tones being less pronounced than you would expect. However, well before the suggested running-in time was clocked up, the speakers found their feet, delivering a wonderful demonstration of sonic integration, where everything sounded to be in exactly the right place at the right time.

That results in a large, detailed soundstage, showcasing both width and depth and accurately shaping an overall picture in space, where instruments have bags of elbow room. Given a decent recording, the spatial awareness can be tantalising – just listen to the MQA version of John Coltane’s Live at Birdland (1963) to hear a performance transmitted with aplomb and panache, in which every member of the quartet is precisely located on the stage: Coltrane on sax stage left, McCoy Tyner (piano) out to the right and, oh look, there’s Elvin Jones (drums) occupying the centre ground with Jimmy Garrison (bass) slapping away centre right. All that’s missing is an Old Fashioned on the table in front of you in the famous New York club.

PMC makes a great play about having a wide and open “sweet spot” – in practice this is it more like a sweet settee. There’s audio sorcery going on here, conjuring up a widely dispersed soundstage for all to enjoy. What’s more, the precision, clarity and overall musicality can be experienced in the same way even by those sitting off-axis, away from the traditional sweet spot.

Sure, the 23i benefits from a bit of tweaking such as toeing in (so that the point of focus is just behind your head) and experimenting with the distance between the cabinets but this is fine-tuning that many won’t find necessary.

Another aspect of the 23i is its remarkable trueness or transparency – put simply, you get out just what you put in. Less than great recordings don’t magically improve, they still sound below par. But feed them something considered and you’re rewarded amply. Take Taylor Swift’s seemingly simple All too well (Taylor’s version) – through the 23is this recording takes on previously unheard layers of instrumentation and intrigue without interfering with those clear-cut vocals.

PMC makes much of the fact that the focused depth of the bass isn’t determined by volume in a “turn it up to 11 so it’s really bassy” sort of way. Even at relatively modest volumes you can still enjoy bass extension that is nothing short of extraordinary from such relatively small cabinets.

LIVING WITH TWENTY5 23I
Make no mistake, these diminutive, laid back (literally) speakers are a joy to have as house mates. They aren’t the type to avoid the washing up or be argumentative; they simply know how to entertain royally.

It’s testament to PMC’s joined-up thinking that they deliver, what we can only imagine is without any extraneous influence, just what was going on when the musician recorded the music. What a joy it is to be excited and astounded when discovering tracks you have never heard before, or experiencing those you know intimately sounding spot-on, often for the first time.

These are not fussy speakers and, although careful positioning will bring out something really special, the characteristic wide-dispersion PMC sound means that enjoyment isn’t limited to whoever bags the sweet spot in the middle of the sofa.

CONCLUSION
Value for money can be a touchy subject, up there with: Was John a better songwriter than Paul, Brexit and who was the better drummer, Jon Bonham or Phil Collins? With that in mind, can a pair of relatively modest stereo speakers (in terms of dimensions and specifications) at £4,200, ever be good value for money? Sure, there will be examples where there is a resounding no vote but in the case of the twenty5 23i, we'd say there is no debate, they are extremely good value for the performance they deliver. They're not designed to fill a cavernous space, but in a modest-sized room, they are guaranteed to give you a hours of listening thrills, irrespective of volume or choice of music.

WHY YOU SHOULD BUY IT
Simply put, this speaker could grace any system by giving the deep benefits of a floor-standing cabinet without visually dominating the room. The sound is anything but unassuming and delivers a level of musicality that many similarly-sized speakers can only dream of. The perfect antidote to stress, the listen is never a chore, this is what enjoying music is all about.