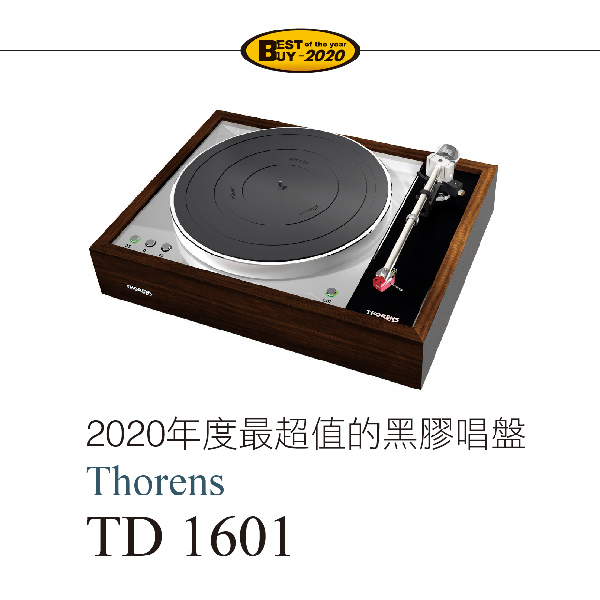 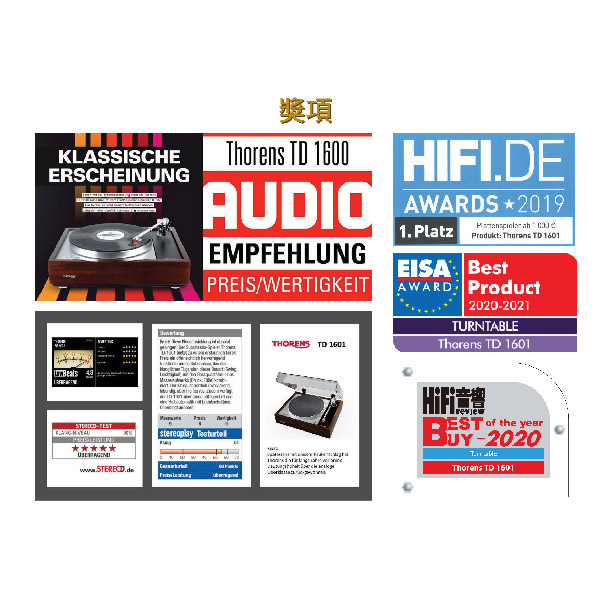 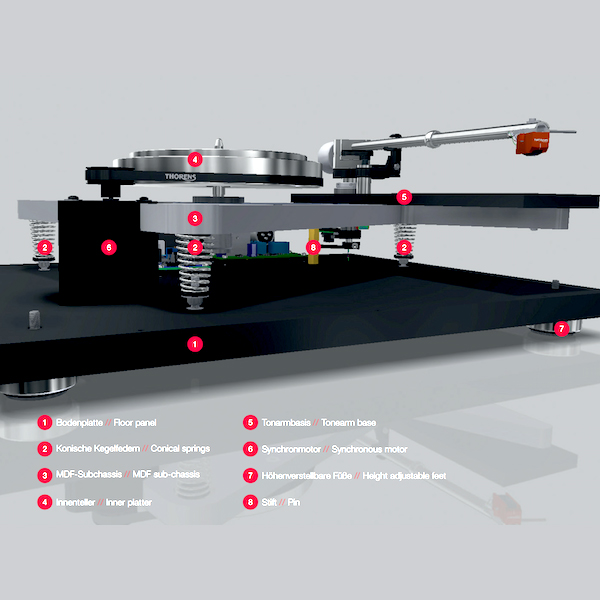 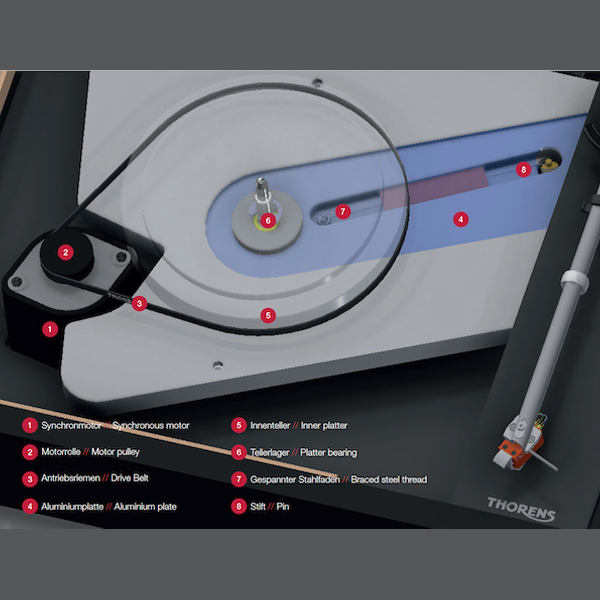 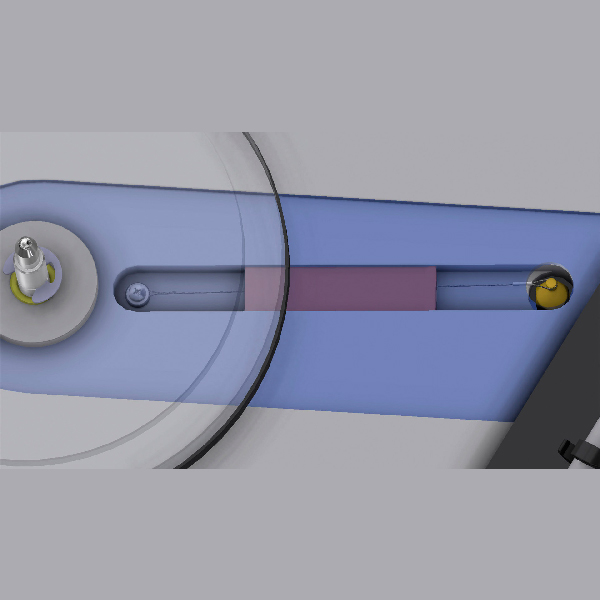 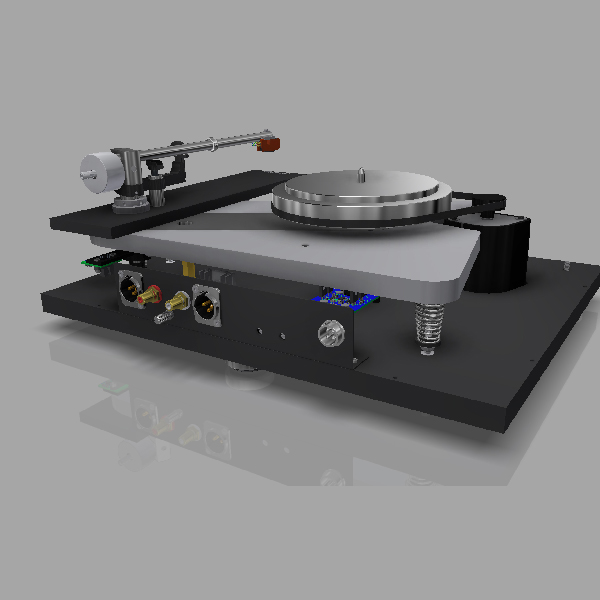 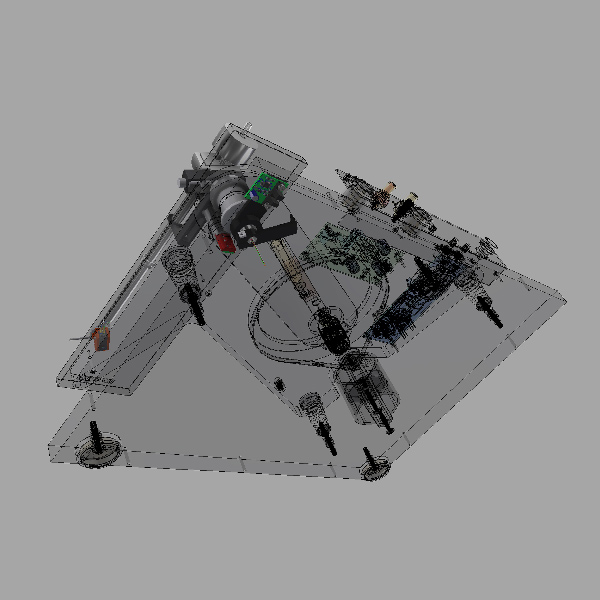 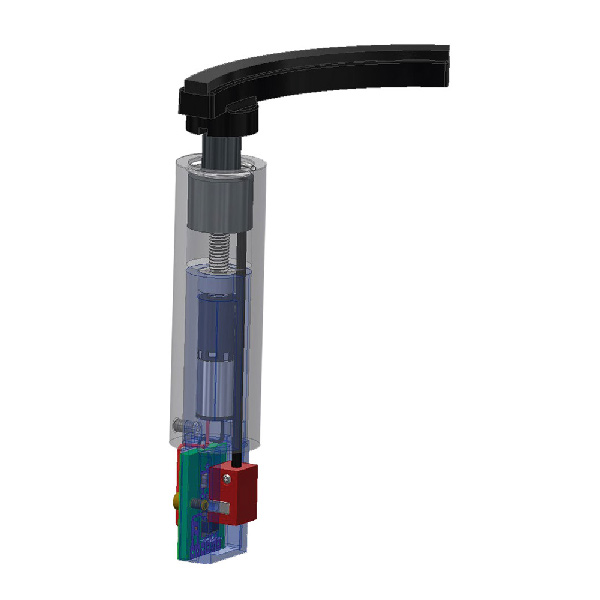 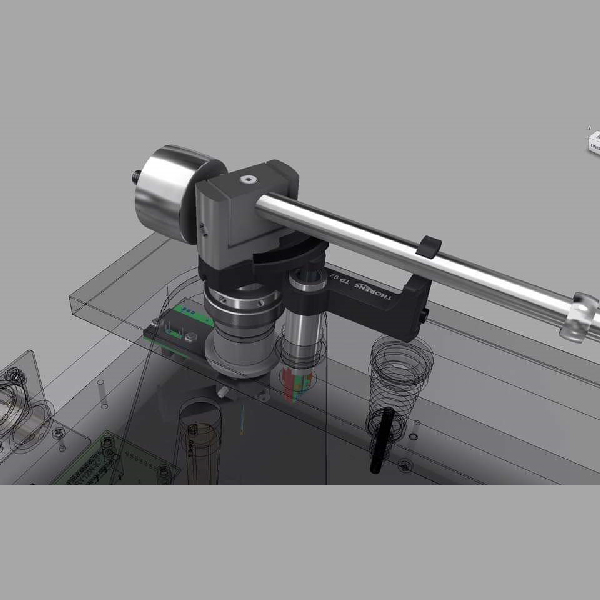 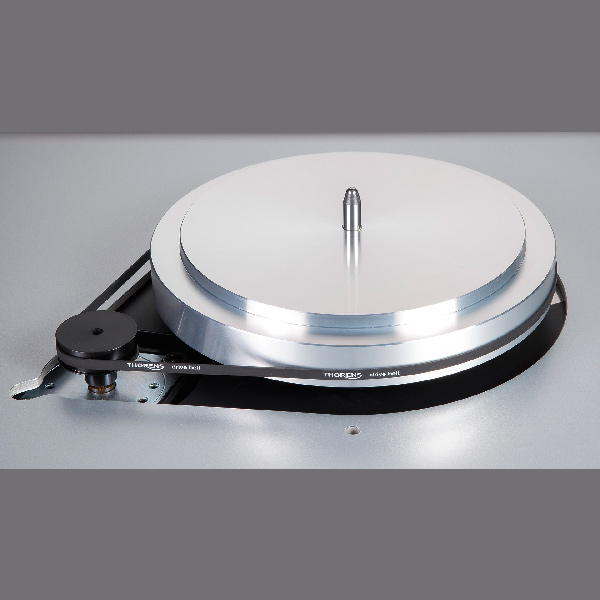 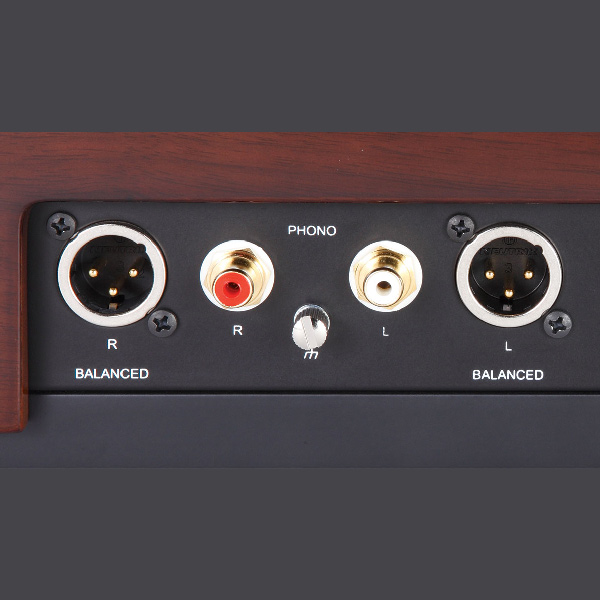 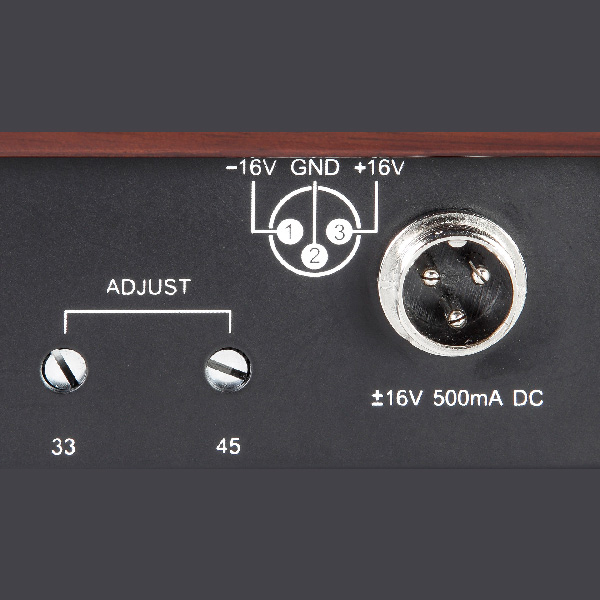 The award-winning Thorens TD1601 turntable was on the Richcoln Facebook Live last night. Everyone has watched the introductions of two colleagues.
The numerous award-winning turntable design techniques and sense of hearing are described in detail below.

The prototype of the TD1601 can be traced back to the Thorens TD150 released in 1965. This is the first one they designed with an AR design three-point suspension.
The floppy disk TD150 was well received, and the TD150 MkII was launched in 1969. In the 1980s, Thorens improved the three-point suspension system and changed the model
For the TD160, this design ended until the TD160 MkV was discontinued in the 1990s. TD1601 (and TD1600) are continue models of TD160.

Spring three-point suspension
Back to the classic TD-1601’s design is focused on the spring three-point vibration avoidance. The top of the inner plate supporting the turntable and tonearm plate is suspended from the bottom of the outer plate. To drive the motor and other electronic or electrical parts are all installed on the bottom of the outer plate. Install the inner disc of the turntable and the tonearm plate and the complete set of conical spring three-point suspension to work as a stable base
In order to support form a better isolation effect and reduce the vibration interference from the drive motor.

Accurate speed
The turntable is driven by an electronic speed-controlled synchronous motor with accurate rotation speed, and the precision polishing transmission rubber belt enlarges the contact area to increase the friction force, and the belt can be adjusted
Tightness reduces the jitter rate.

TP92 low center of gravity tonearm
The universal design of the TP 92 tonearm refers to the Loefgren geometry for optimal compatibility. The arm tube is made of high-quality cold-forged aluminum, which is through a laser vibrometer to analyze determine its resonance frequency, and use the arm ring to break the resonance at a specific position of the arm tube. Horizontal bearings adopt high-precision Japanese ball bearings, with specially developed lubricating oil keeps rotating and low friction for a long time. The tonearm adopts a low center of gravity design; the tonearm counterweight thallium and the longitudinal bearing are located under the arm tube and are in the same level as the stylus enhances tracking stability. The lightweight aluminum headshell is tightly connected to the arm tube, keeping the head of gravity always directly under the arm tube, thus preventing twisting vibration. The VTA can be adjusted flexibly by simply loosening the locking tonearm screw cap. The anti-sliding force is provided by the attraction of two magnets and can be increased by adjusting the screw (knob)
Increase or reduce the anti-skid strength.

Electric lifting arm
The tone arm lifting mechanism works with a micro motor developed by Thorens, which drives the tone arm to automatically raise when the record is played. Detection is through
This is done by the non-contact optical sensor, so it will not interfere with the free movement of the tonearm. The classic Thorens design always combines all knobs or buttons
It is installed on the chassis instead of on the sub-disk of the tonearm to ensure that the tonearm installed on the sub-disk will not vibrate during operation. The electric sub buttons on the TD1601 can achieve the same effect.

"HiFi Audio" Chen Haichuan's listening experience
Using a balanced connection to consume more than 3,000 pure copper balance cables, the Thorens TD 1601 is connected to the Brinkmann Edison Mk II resident vocalist.
The broadcast of Krystian Zimerman's "Schubert Piano Sonata in A Major D 959" didn't make me care whether it was soft or hard.
The strongest impression is the consistency and smoothness of the touch, the careful changes in strength and speed, three-dimensional, vivid, and I enjoy it very much. Thorens TD 1601 is only a disc link arm with a cost of less than HKD30,000, and an additional MC cartridge Audio worth more than HKD4-5,000 stylus
Under Technica AT33EV, have the ability to build such a high-level and upright piano. To be honest, I think the value is worth!

Here are some vocals, Jason Mraz "We Sing. We Dance. We Steal Things.", the dynamic and brisk rhythm of "I'm Yours"
, Thorens TD 1601 really makes people shook their heads and shook their heads and beats with their feet. Jason Mraz's delicate voice changes and simple singing. Guitar or neat or
The rhythm of the bounce is set off by Jason Mraz's falsetto, glide, and word-biting. The brisk tone of voice reveals earnest expectation.In "Musik Von Einem Anderen Stern", there is "Isn't She Lovely" by Livingston Taylor, in a quiet background, whistle
There is temperature and humidity in the whistle sound. The magnetic sound of Livingston Taylor is thick, harmonious and unpretentious. It is humane and moving in a soft voice. The guitar vocal cords are warm and woody, and they can be sonorous or gentle between the hooks and strings. It feels like a replay of expressive emotions.

To ask Thorens TD 1601 can go wild? When I heard Philips’ "Pepe Romero Flamenco", I heard it was delicate, A guitar that can be angry, heroic, and defiant. After the passionate applause and the fierce and fierce stepping sound, I think Thorens TD 1601 can do the job! How about a little more burst? Wu Huaishi x Mahler conducted the Mahler Orchestra to perform the "Mahler Symphony No. 1 ~ Chamber Music Performance Version", to put it simply and directly, when the final chapter with a burst of strong sound is broadcast, the scene of Thorens TD 1601 is indeed magnificent and profound.
The positioning, the level is clear and three-dimensional, and it is more exciting and not chaotic. Everything is stable and vigorous, which makes me excited!