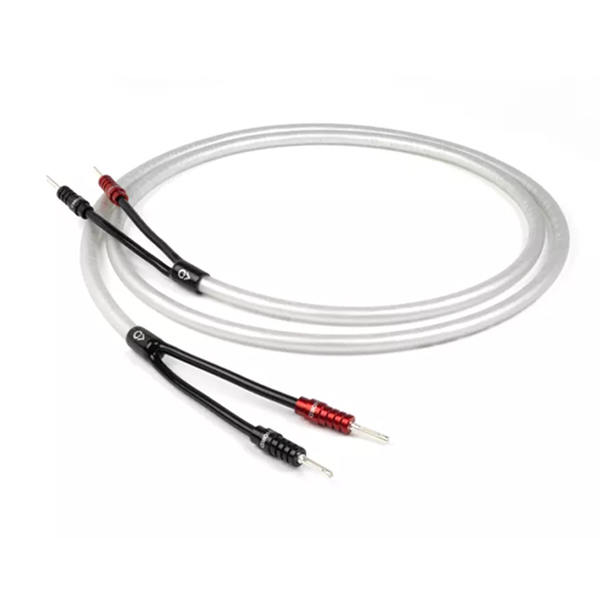 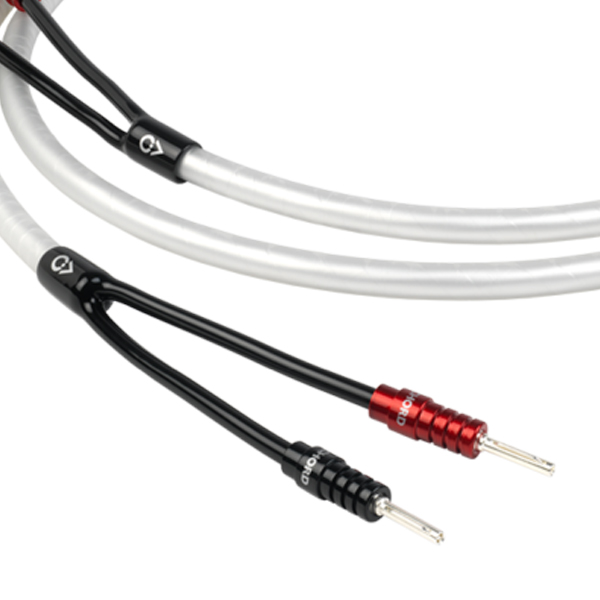 Chord's previous generation Clearway was something of a star, picking up a trio of our 'best speaker cable' awards between 2015 and 2017. Winning the award once is hard enough, but holding onto it is even more difficult in the face of ever-newer competition. So it says a lot about the original cable that it remained successful for so long.

For its latest iteration, Chord has sensibly chosen to build on this solid foundation rather than start with a blank sheet, so much about this new generation feels familiar. We have high purity OFC (Oxygen Free Copper) multi-strand conductors configured in a twisted pair arrangement to improve interference rejection. There’s further protection in the form of two contra-wound high-density foil shields and a soft PVC wrap to hold the conductors, minimise mechanical vibrations and maintain the spacing between those foil shields and the twisted cables.

The big news in this 'X' update is the use of a material called XLPE (Cross-Linked Polyethylene) for the dielectric (the insulation that directly encases the conductor). Chord says that the new material is a cost-effective alternative to the Taylon used in its high-end cables and offers greater phase stability compared to the PTFE used previously, giving a notable improvement in sound.

It turns out that the company is right. We’ve long admired the previous-generation Clearway’s ability to deliver the music signal in an enjoyable and musical way, and none of this has been diluted with this new version. Of course, let's make things clear from the beginning in that a cable is a passive component that just carries the signal from your amplifier to the speakers. It can’t actually make the sound better, so the cable you want is the one that degrades the music signal the least.

Judged in that way, the ClearwayX must count as a huge success. We use it in our reference set-up of Naim ND555/555 PS DR music streamer, Burmester 088/911 Mk 3 pre/power with ATC SCM50 speakers, as well as with Naim’s more price-compatible SuperNait 3 integrated amplifier and the KEF LS50 Meta standmounters. The results are consistent and positive regardless.

With the Chord speaker cable linking the amplifiers to the speakers, we get an organised and musically cohesive performance. Listening to Hans Zimmer’s Interstellar OST, we can’t help but be engaged by the vivid dynamics and punch on offer. There’s an excellent level of insight and a sense of spaciousness that’s impressive.

Tonally, things are nicely even-handed, with the crisp yet controlled higher frequencies being balanced by a taut and authoritative bass. That feeling of cohesion is helped by a surefooted handling of rhythms and a fine sense of drive.

These strengths are highlighted when we play Massive Attack’s Heligoland where our systems render the sound with punch and power. We love the way instrumental textures are reproduced and the expressive way vocals come across. There’s plenty of clarity here and enough insight to dig deep into the dense production should you wish. Most importantly of all, we’re having fun.

Verdict
The Chord ClearwayX is up against some tough competition in the form of Audioquest’s slightly cheaper but hugely capable Rocket 11, but its broad range of talents means that it remains an excellent choice in price-compatible systems.