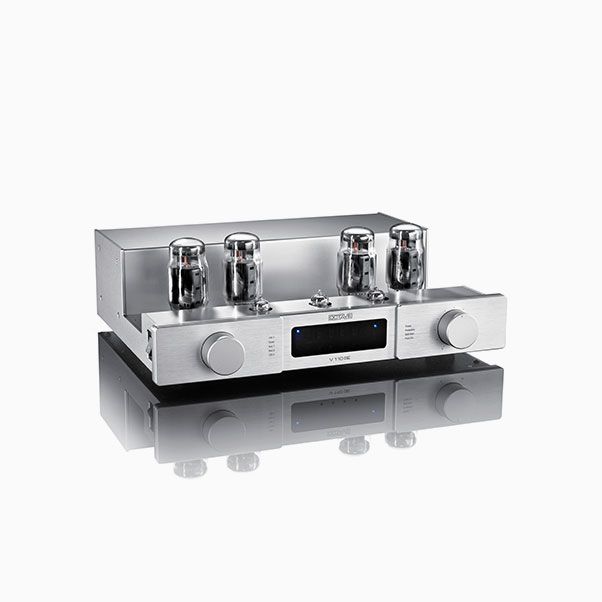 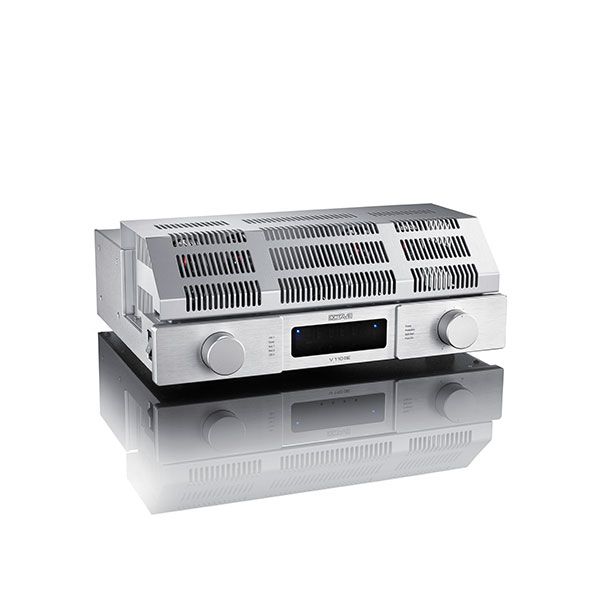 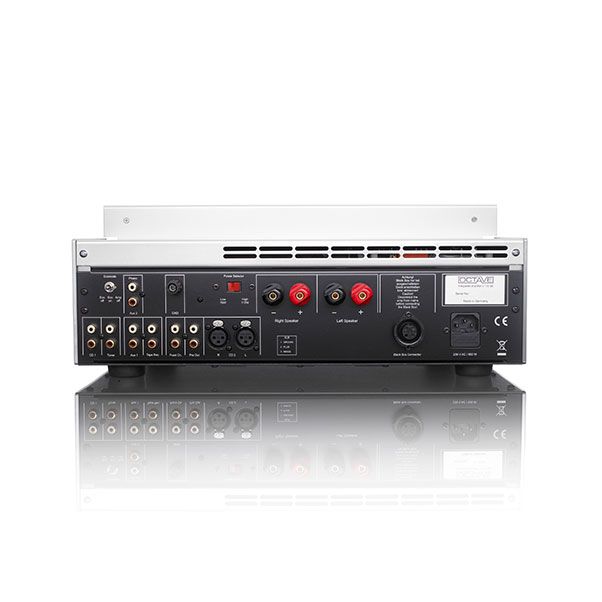 Following the phenomenal international success of the flagship Octave V 80 SE integrated amplifier, it was logical for the company to utilize the Octave Dynamic Technologies (ODT) in the further development of the popular V 110 model. The ODT concepts were first realized in the Jubilee Mono SE, and subsequently incorporated into the MRE 220 mono power amplifier. The performance of the MRE 220 benefited tremendously from the new technologies, which Octave next implemented into its integrated amplifier range by also featuring ODT in the new V 80 SE. Now, the next most powerful integrated amplifier of the Octave model range benefits from the many years of experience and continuous development as the V 110 model goes into its second stage of evolution.

Essentially, looking to the technical aspects of ODT it is all about very high dynamic output power. Therefore the newly developed KT 120 or KT 150 power tubes are featured in these models. Together with the revised power supply and new output transformers we practically achieve a doubling of peak output power compared to conventional push-pull amplifiers. The driver stage, which drives the output tubes while also monitoring them, is completely updated and comes a huge step closer to the ideal of the push-pull principle. The much-misunderstood negative feedback does its job extremely well without having any influence on the acoustic side. The new amplifier generation impresses with extreme linearity, significantly increased stability and downright negligible noise and hum. Therefore all the ODT equipped Octave models are even more independent from the selected loudspeaker and always exhibit - unaffected by the load - the same high performance level. The precise tonal balance is maintained even at extreme levels.

The new V 110 SE is the first model in the Octave range which offers another feature: the capability to optimally mate the amplifier to any loudspeaker regardless of its design principle. The damping factor of the V 110 SE can be set to three levels (LOW, MED and HIGH), allowing the amp to thus achieve a more precise adjustment to the electrical load of the speaker than ever before possible. This itself is unique in the world and, as always with Octave, simple to accomplish. The three different settings are easily selected by simply replacing one input tube, as the individual settings are realized via tubes with different gain. The enormous range of usable negative feedback makes this "gain/damping factor" tuning possible.

Octave supplies the V 110 SE with two additional input tubes to enable this fine tuning. The universal version, "MED", is installed from the factory. This setting is sufficient to perfectly control, for example, modern loudspeaker designs with large midrange domes (popular examples of such are the models of the B & W 800 series), with their typically increasing impedance curve in the midrange. The "HIGH" version has advantages with electrostatic (dipole) loudspeakers such as Martin Logan, which usually exhibit a low impedance in the mid-high frequency range. A higher damping factor counteracts the typical loss in the high frequency range. The driver tube for a low damping factor ("LOW") might be a viable option for high efficiency designs (for example with horns). These speakers tend to often sound harsh and discordant when mated to amplifiers with a normal or high damping factor.

Changing the input tubes is easy. Simply switch the amplifier OFF and replace the tube (which is plugged into a socket). This provides a fast, simple and extremely practical adjustment to optimize the amplifier to any loudspeakers.

Octave's specially developed power supply and extraordinarily stable wideband output transformer are essential to the company's ability to implement this adjustable damping factor option. Since these core components are completely crafted in-house, optimized transformers can be individually designed and produced for each and every model.