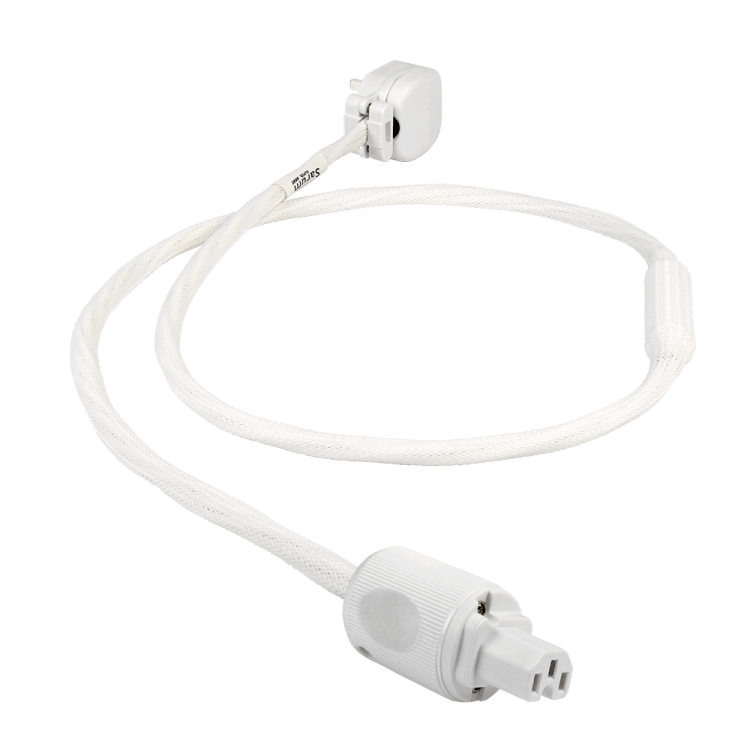 It’s about silence.  Like looking in a hole that’s so deep it becomes impenetrably dark long before you can see the bottom. Musicians of a jazz or blues persuasion tend to make comments along the lines of “It ain’t what I play; it’s what I don’t play that’s special”. The Sarum Super ARAY power cable will let you hear exactly what they mean.
The Sarum Power cable was the first Sarum to get the Super ARAY conductor configuration.  The concept and design arrived fully formed – right down to the critical measurements. The demo room system is always running, so it was ready to go. Simon (chief technician) was given the dimensions and build description and sat down and made one.

The current Sarum Super ARAY cable is fitted with our own Chord UK mains and IEC plugs, both silver-plated and full of all the little improvements we’ve learned along the way, like silicone damping in the UK mains plug and heavy gauge silver-plated contacts in the IEC plug. The colour is white because black plugs have an amount of carbon in them and the white ones just work slightly better.

We get asked where to start? What’s the first Sarum Super ARAY cable I should put in? Some say start with the power cables – that way you’ll hear exactly what every other cable you add is doing.  Changing the interconnect between the Source and the amplifier/preamp is another great way to begin. Sarum Super ARAY cables are so neutral they don’t clash with any of the other cables in the system and just that one connection is capable of transforming a system. Then if you need more, change the pre to power connection.