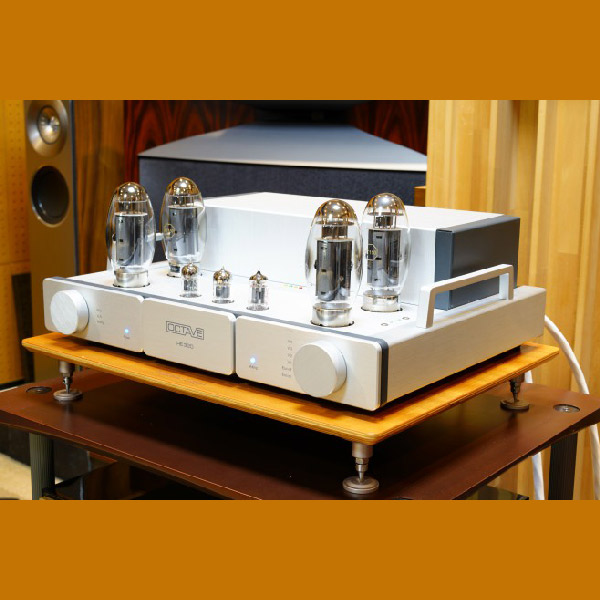 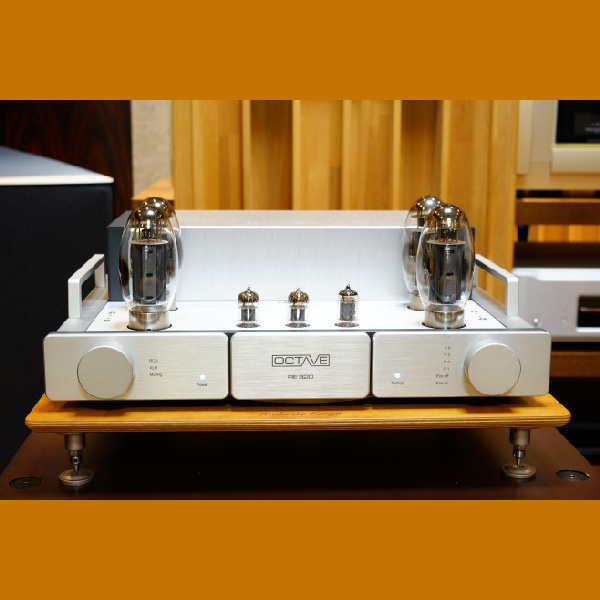 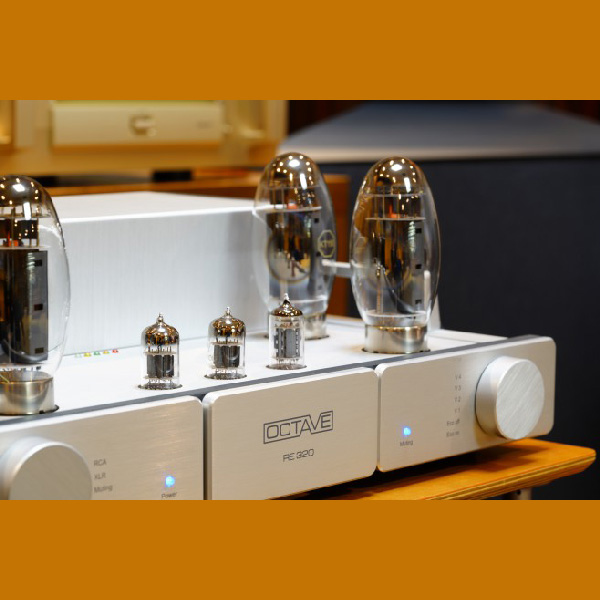 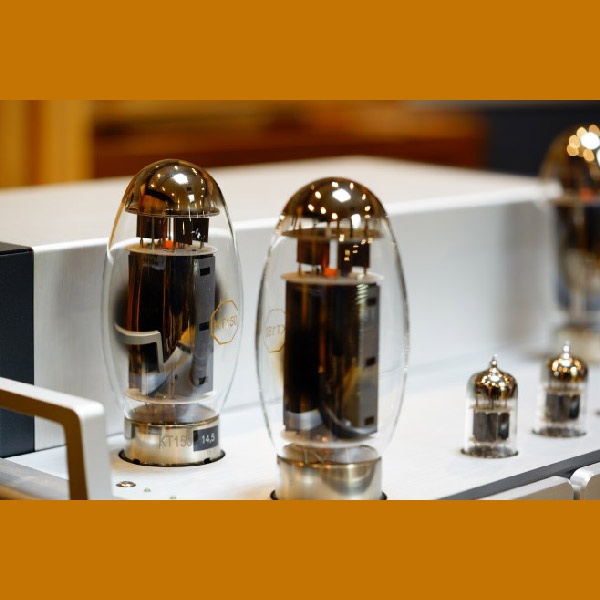 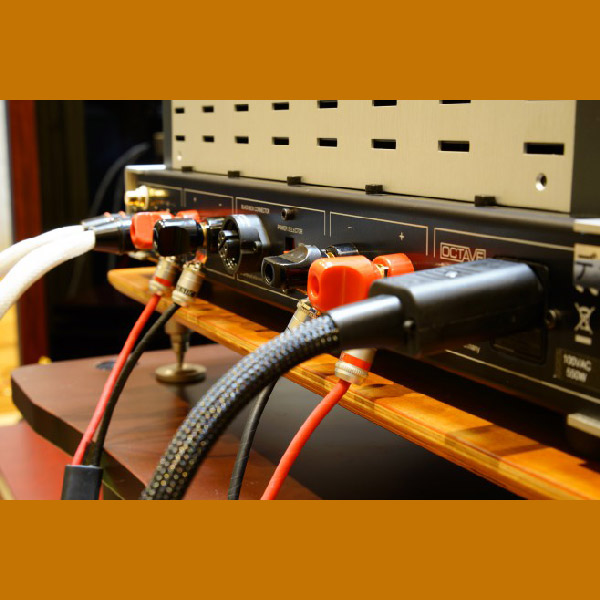 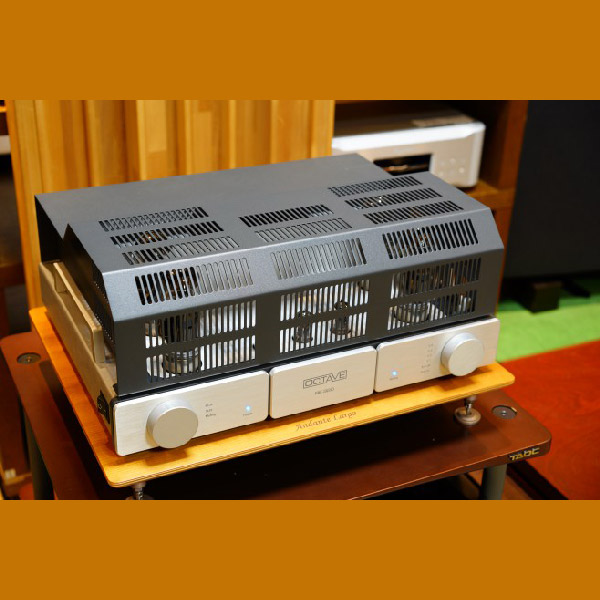 Octave is one of the few vacuum tube amplifier manufacturers capable of producing high-power output, and is quite famous in the high-end audio market, because its family has an exclusive secret for winding transformers, which is not easy for others to imitate. The owner and designer Andreas Hofmann is better at addressing the weaknesses of tube amplifiers and developed his own vacuum tube amplifier circuit to break through. Andreas Hofmann compared the sound of vacuum tube and transistor machine. He thought that the former is more natural and sweet. So he was enthusiastic about researching and improving the vacuum tube machine. After inheriting the family business, he changed the business method of supplying high-quality transformers for partners to Independently designed and produced vacuum tube machines, and launched a series of products from phono amplifier, pre-amp and post-amplifier to domestic and foreign markets. They were praised by global users and world-renowned audio magazines and won important awards...

Octave’s RE320 stereo power amplifier is a KT150 bile power tube model used after the V80 SE flagship integrated amplifier. When the standard 4 ohm load is used, each channel can achieve 130W output power, such as the load impedance is 8 ohms. When using a speaker, the output power will only be reduced by 20%, and it can still achieve a power output of no less than 90W. When playing big dynamic music, it can also provide up to 200W peak power, which is comparable to many transistors machine.

The secret of RE320 with high-power output is that the output stage uses KT150 pentode, which works in a push-pull mode. Compared with KT120 and KT88 vacuum tubes, the voltage required for the screen level is higher, so it can get high current output capability. Naturally can provide greater output power.

Octave adopts in-house SE Technology on RE320. This technology allows RE320 to have extremely wide frequency response characteristics (5Hz-85KHz -3dB), and it is no problem for high-resolution music files with a wide range of playback frequencies . SE technology can also effectively reduce the high-frequency noise of the amplifier circuit. The quietness of RE320 is very high, the signal-to-noise ratio is as high as -110dB, even if you use high-efficiency speakers, you will not notice any low-frequency hum or high-frequency hiss.

RE320 is also extremely simple to use. Octave designed an easy-to-use bias adjustment method. You only need to adjust the four screws located next to the KT150 tube with the special screwdriver that comes with the machine. You don’t need any instruments, just observe the machine. Four groups of red, green, and yellow LED indicators can know the bias voltage status of the four KT150s. When the green light is on, the bias voltage is optimal, and the red or yellow light is on, it means the bias voltage is high. Or low. The input terminal on the back of the machine is equipped with a set of RCA single-ended and a set of XLR balance, corresponding to the needs of different front-ends. The back of the RE320 is also equipped with Black Box and Super Black Box connection terminals. When encountering low-efficiency speakers or a larger listening area, users can purchase additional black boxes or super black boxes. The black box provides an additional four times or eight times the power storage capacity. At this time, the dynamics, sound field, depth, separation, and fineness will be improved.

There are not many manufacturers capable of manufacturing high-power vacuum tube machines. Octave from Germany is a brand capable of this. Because the family has an exclusive secret for winding output transformers, it is not easy for others to imitate. The boss and designer Andreas Hofmann is better at targeting tube machines. We have developed our own vacuum tube amplifier circuit to break through the barrier. Andreas Hofmann compared the sound of a vacuum tube and a transistor machine. He thought that the former is more natural and sweet. So he was enthusiastic about continuously developing and improving the vacuum tube machine under his control. He also designed a series of products from vocal amplifier, pre-stage and post-stage, etc. At home and abroad, it has been praised by users and famous audio magazines around the world and won important awards.

Octave's latest RE320 stereo power amplifier is a new model of KT150 bile duct after V80 SE. When facing a 4 ohm load, RE320 has an output power of 130W per channel. If the load impedance is 8 ohm, the output power will drop by about 20%. There is still more than 90W power. When playing big dynamic music, it can provide the highest With a peak output of 200W, this power output is no less than that of many crystal machines.

The secret of high power is the use of a new KT150 pentode, which is used for power amplification in a push-pull manner. KT150 was only launched in 2013, and immediately received the attention of vacuum tube manufacturers. Octave used KT150 on V80 SE, and this time it was also used on RE320. Compared with KT120, KT88 and other tubes, KT150 has a higher screen-level voltage, so the output current is also larger, so it can naturally squeeze more power.

Octave applies its proud SE Technology to RE320, which allows RE320 to have a wide frequency response-5Hz~85KHz can handle it, and there is no problem playing high-resolution music with high frequency bandwidth. SE technology can also effectively reduce small distortion, that is, reduce the noise of the amplifier. The signal-to-noise ratio of RE320 can reach -110dB. The original manufacturer said that even if the user uses a high-efficiency speaker, he will not hear any hum or hiss. sound.

For the convenience of use, Octave also designed an intuitive and simple bias voltage adjustment. You only need to turn the adjustment screw next to the KT150, instead of using an electric meter, you can know the current bias voltage status with LED lights. The input has a set of RCA and a set of XLR, which can be matched with different pre-amplifiers. If you want to upgrade, the original factory also has two independent power supplies, the black box Black Box and the super black box Super Black Box are available for users to buy. According to the original manufacturer, the dynamics, sound field, depth, resolution, and clarity of the RE320 after the power upgrade will be improved.